A record number of LGBTQ candidates claim victory in the midterm U.S. elections 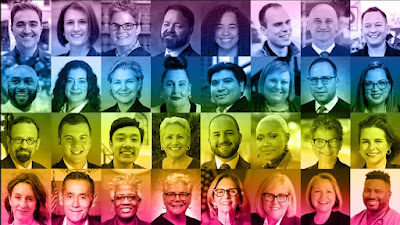 A record number of LGBTQ candidates won their midterm races in the U.S., creating what some advocates are calling yet another “rainbow wave.”

Many races are still too close or too early to call but at least 400 out LGBTQ candidates had won their elections, which supports queer people running for office. That number surpasses 2020’s record of 336 and 2018’s record of 244.

At least 1,065 LGBTQ people ran for office this year, with 678 of them making it to the general election. With at least 400 wins so far, queer candidates will have a midterm success rate of at least 58%.

Of the over 1,000 queer candidates who ran for office this year, 90% are Democrats. This reflects LGBTQ voters more broadly: 85% supported Democrats, while 15% supported Republicans.

Queer candidates celebrated a number of notable victories and firsts across the country. Among the most notable is Maura Healey’s win in the Massachusetts gubernatorial race. Healey, a Democrat, is the first lesbian elected governor of a U.S. state. She follows two other openly LGBTQ Democrats elected to lead their states: Democrat Tina Kotek is projected to win the Oregon governor’s race, and Colorado's Democrat Jared Polis is first out gay man reelected Governor.

Congratulations to all of them!!! 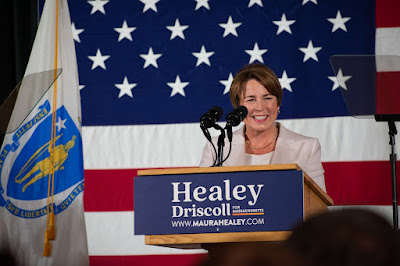 Maura Healey is the first lesbian elected governor in Massachusetts