The highest number ever of LGBTQ candidates run to protect LGBTQ rights in the U.S. 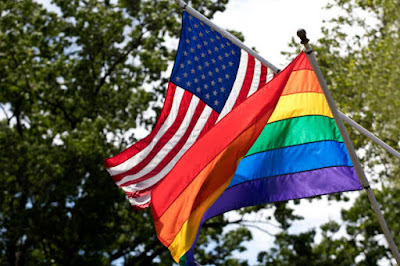 At least 678 openly LGBTQ candidates will appear on ballots across the United States during the upcoming midterm elections, a historic number which represents an increase of 18 percent from the 2020 elections.

Many LGBTQ candidates say they are running for office because they feel the urgency to run in order to protect LGBTQ rights. They have been motivated by a recent deluge of bills considered anti-LGBTQ, with transgender rights particularly exploited in recent years.

As of August, about 180 bills introduced in 2022 have targeted the transgender community. Those bills typically seek to restrict youth gender-affirming healthcare, or to ban transgender youth from playing on sports teams of the gender with which they identify.

Other legislation included Florida’s so-called “don’t say gay” law, which has banned teachers from discussing sexual orientation and gender identity in the classroom.

Meanwhile, voters identifying as LGBTQ are expected to make up an even bigger proportion of the electorate in the upcoming elections and in years to come. Your vote matters! LGBTQ people won't be erased in Florida, nor anywhere!