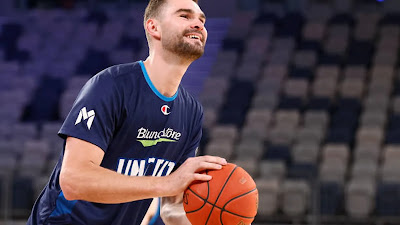 Australian basketball player Isaac Humphries has made history as the first active top tier league athlete in the sport to come out as gay.

The 24-year-old shared a video of himself speaking to his Melbourne United teammates about his decision to come out and his desire to use it as an opportunity to represent people who were struggling with their sexuality.

“I know how that feels…You can live and you don’t have to hide,” he said. Humphries’ teammates rallied round him after his emotional message.

He acknowledged that internalised homophobia led him to some “extremely dark times” and this had influenced his decision to be out on the court.

LGBTQ representation in basketball was seen as “a negative point of difference”, but spending time in Los Angeles after an injury led him to see how “being openly gay can come with joy”, he said.

Humphries is the first active basketball player in a top tier league globally to come out, as well as the first Australian male player and first in the Australian National Basketball League to do so.

He has attracted support from across the basketball world, with the American National Basketball League tweeting, “We are proud and grateful to Isaac for sharing his story. We know the real impact his honesty and courage will have on many others. Isaac has our unwavering respect and support.” 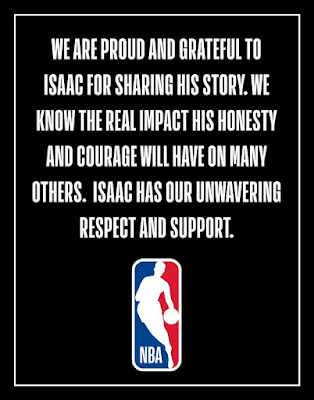