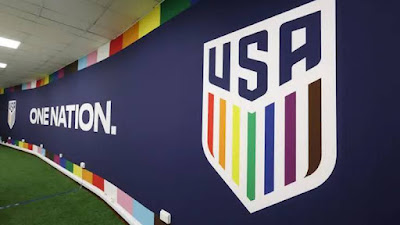 The United States' men's national team (USMNT) have made a huge statement at the World Cup in Qatar by redesigning their crest to incorporate the rainbow flag, in a bid to show solidarity with the LGBTQ community.

The USMNT has made an immediate stand on their arrival in Doha by changing the usual red stripes on their crest to a rainbow around their team base.

"As part of our approach for any match or event, we include rainbow branding to support and embrace the LGBTQ community, as well as to promote a spirit of inclusiveness and welcoming to all fans across the globe," Neil Buethe, the USMNT's Chief Communications Officer told.

Several teams will wear a rainbow armband, despite the fact it may be prohibited by FIFA, with organisers yet to grant permission for the anti-discrimination initiative amid anger over Qatar's anti-LGBTQ laws. 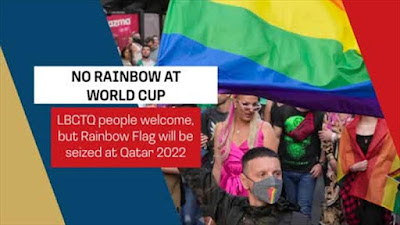