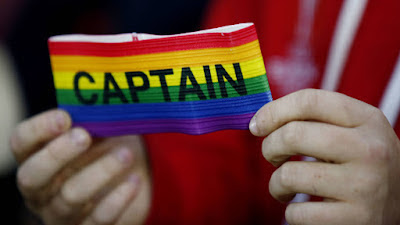 There was a meeting where FIFA told there participating nations which symbols they can show on their armbands at World Cup in Qatar.

These include the 'OneLove' heart, which is the premise of the movement in favour of LGBTQ rights, but not the colours of the rainbow nor the motto itself, although they do allow '#SaveThePlanet', '#ProtectChildren', '#EducationForAll' and '#BeActive'.

Looks like FIFA does not want to annoy the host country, where just the mere fact of being gay can result from prison to dead penalty.

Several national soccer federations announced that their captains would wear a rainbow armband during the tournament as part of an anti-discrimination initiative over anti-LGBTQ laws in Qatar.

Then, because FIFA decision, Harry Kane will not be able to wear the rainbow armband while playing as captain of England as he had announced, like the rest of captains which federations decided to do.

If they do, they could face punishments of which details have not come out. It could mean they can starts the game with a yellow card, for example, or even other sporting or financial sanctions.

A new unacceptable decision in the World Cup of shame! 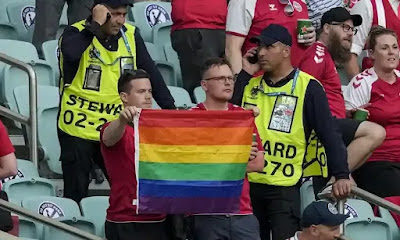 Fans can be jailed in Qatar just for waving rainbow flags