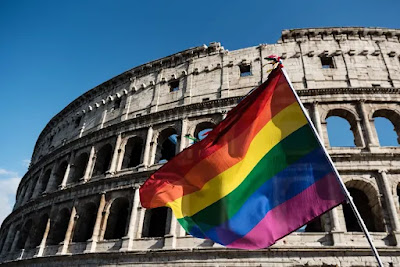 An Italian court ruled that same-sex parents have the right not to be labeled “mother” or “father” on the ID paperwork of their children.

A judge in Rome ruled in favor of a lesbian couple who had launched a legal challenge against the regulations for IDs for minors,

Parents or legal guardians must be referenced in those documents and until 2019 they were identified as “parents.” However, when the new far-right Italian Prime Minister Giorgia Meloni was the interior minister, the rule was changed to require a list for “father” and “mother.”

In the Rome case, one of the women had given birth to a girl who was adopted by the woman’s partner. They were legally recognized as the girl’s parents. The judge said that forcing one of them to be labeled “father” didn’t make sense.

The verdict is final because Italy’s previous government, led by technocrat Mario Draghi, passed on an opportunity to appeal it.

It’s a ruling that goes against Italy’s new right-wing government. Meloni’s office said in a statement that it would study the ruling “very carefully because it presents obvious implementation problems,” and “puts at risk” the workings of the national ID system.

Meloni opposes allowing same-sex couples to have children through adoption or surrogacy. Other members of her party have spoken out against LGBTQ rights as well.