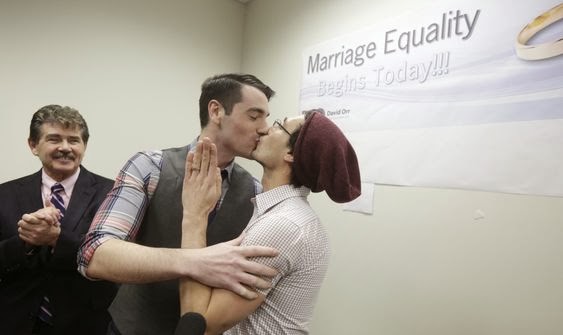 The first same-sex couples in Illinois were married, in Cook County, last Friday. Just hours after the U.S. District Judge Sharon Johnson Coleman ruled that there was no reason for homosexual couples to wait for marriage until June, which is when an Illinois law goes into effect making gay marriage legal.

On Friday, only the downtown county's office issued same-sex marriage licenses, but the rest of offices will begin issuing licenses on Monday. For this reason, extra staff will be brought in to cover the longer hours. 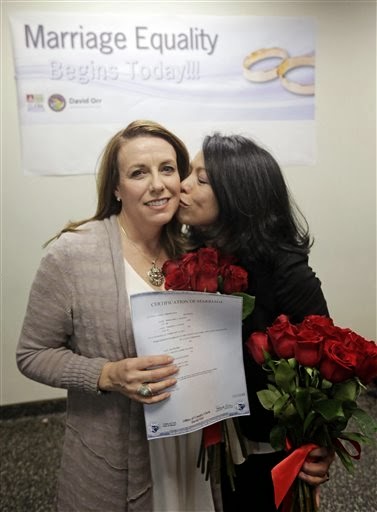 Theresa and Mercedes show their License of Marriage