Our Gay Wedding: The Musical 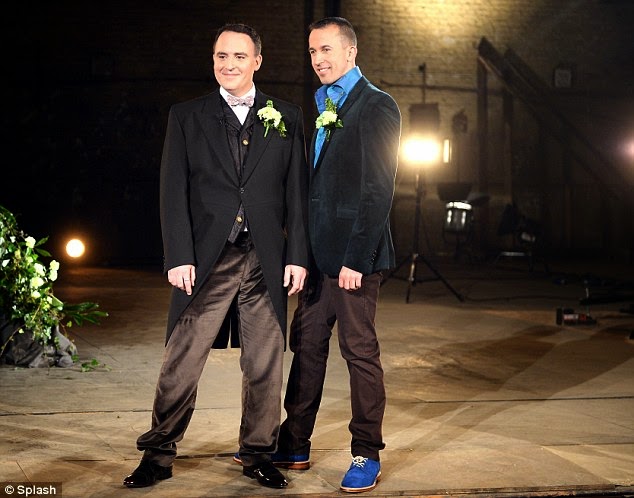 Channel 4 has unveiled a snippet of ‘Our Gay Wedding: The Musical’, which will air at 10pm this monday evening.

The programme, hosted by Stephen Fry, is the work of grooms Benjamin Till and Nathan Taylor, who decided to write and stage their real wedding as a musical.

The clip features a guest appearance from Channel 4 newsreader Jon Snow, just one of many famous guests who will make an appearance.

The programme will also include special messages for the couple from Boy George, Will Young, Paul O’Grady, Olivia Newton John, Nick Clegg and Ed Miliband, and performances from The Feeling, Erasure singer Andy Bell and The London Gay Men’s Chorus, among others.