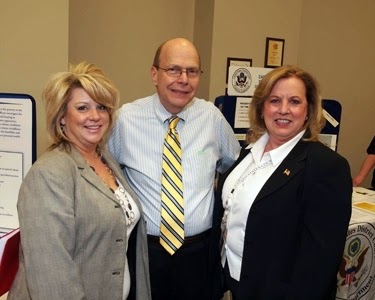 Bernard Friedman, the senior judge of the United States Federal District Court for the Eastern District of Michigan, has struck down the Michigan state's ban today. Here is the conclusion of his ruling:

In attempting to define this case as a challenge to "the will of the people", state defendants lost sight of what this case is truly about: people. No court record of this proceeding could ever fully convey the personal sacrifice of these two plaintiffs who seek to ensure that the state may no longer impair the rights of their children and the thousands of others now being raised by same-sex couples. It is the Court’s fervent hope that these children will grow up "to understand the integrity and closeness of their own family and its concord with other families in their community and in their daily lives". Today’s decision is a step in that direction, and affirms the enduring principle that regardless of whoever finds favor in the eyes of the most recent majority, the guarantee of equal protection must prevail.

Accordingly, IT IS HEREBY DECLARED that Article I, § 25 of the Michigan Constitution and its implementing statutes are unconstitutional because they violate the Equal Protection Clause of the Fourteenth Amendment to the United States Constitution. 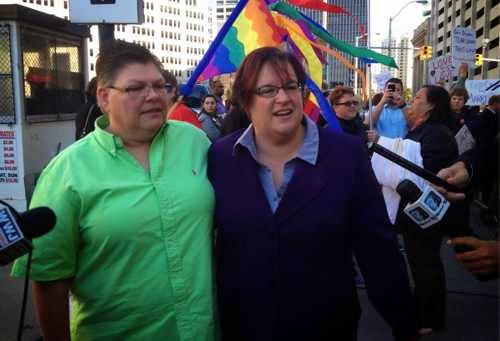 Jayne and April are two pediatric nurses who adopted children.
Their case originally only argued against Michigan’s ban on joint adoption by same-sex couples.
But it was Judge Friedman himself who suggested the couple change their lawsuit to go after the state ban on same-sex marriage.