The rainbow flag is raised on London's Whitehall 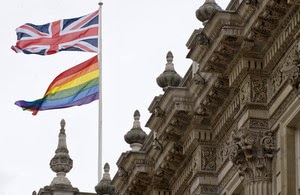 Deputy Prime Minister Nick Clegg has ordered the rainbow flag to be flown at Whitehall in order to mark the historic arrival of equal marriage in England and Wales this weekend.

"Raising the rainbow flag on Whitehall is a small symbol to celebrate a massive achievement. I want to wish everyone getting married this weekend the very best of luck, on what is a truly momentous occasion", said Clegg.

"Finally, after years of campaigning, any couple who wants to get married can get married. Together we’ve made our country a place where we celebrate love equally, gay or straigh", he added.

The rainbow flag will be flown at the top of the Cabinet Office and the Scotland Office from Friday afternoon until Monday morning. Same-sex couples in Scotland will be able to marry in the country by the end of 2014, following this month’s Royal Assent of Scotland’s equal marriage law.

Northern Ireland is now the only remaining UK nation where equal marriage has not been legalised. 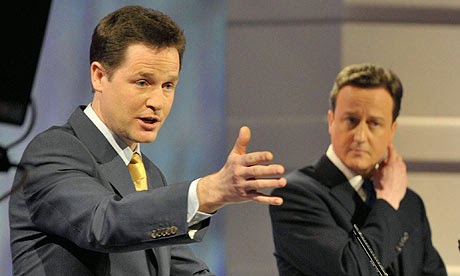