Gay couples can marry in Scotland! 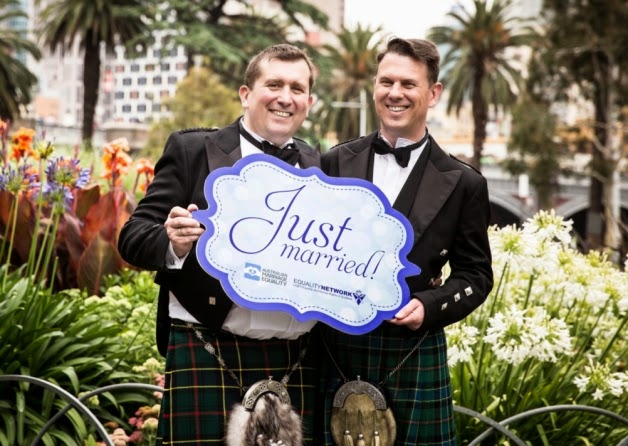 Scotland’s first new same-sex weddings are starting, marking the option for gay and lesbian couples to marry across all of Great Britain.
The first couples began to marry at 00:01 on Hogmanay, 31 December 2014.
The move comes after the Scottish Parliament approved same-sex marriage with 105 votes to 18 in February 2014, and the law came into effect earlier this month.
Scotland enforces a 15-day notice period for all weddings, so the first couples not converting to marriage from civil partnerships will marry from 00:01.
17 couples had been reportedly lined up to marry on the first day, with a number set to marry at one minute past midnight, just as the law takes effect. 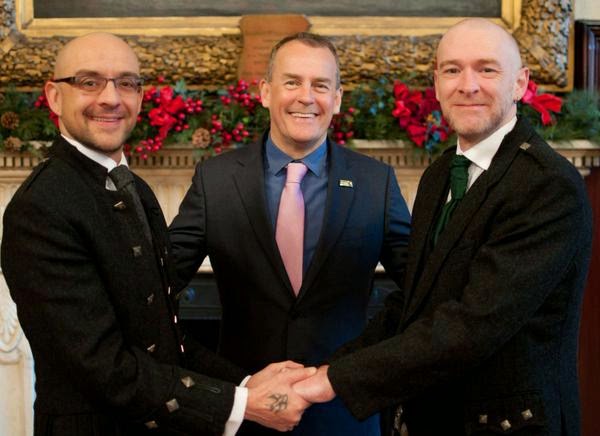 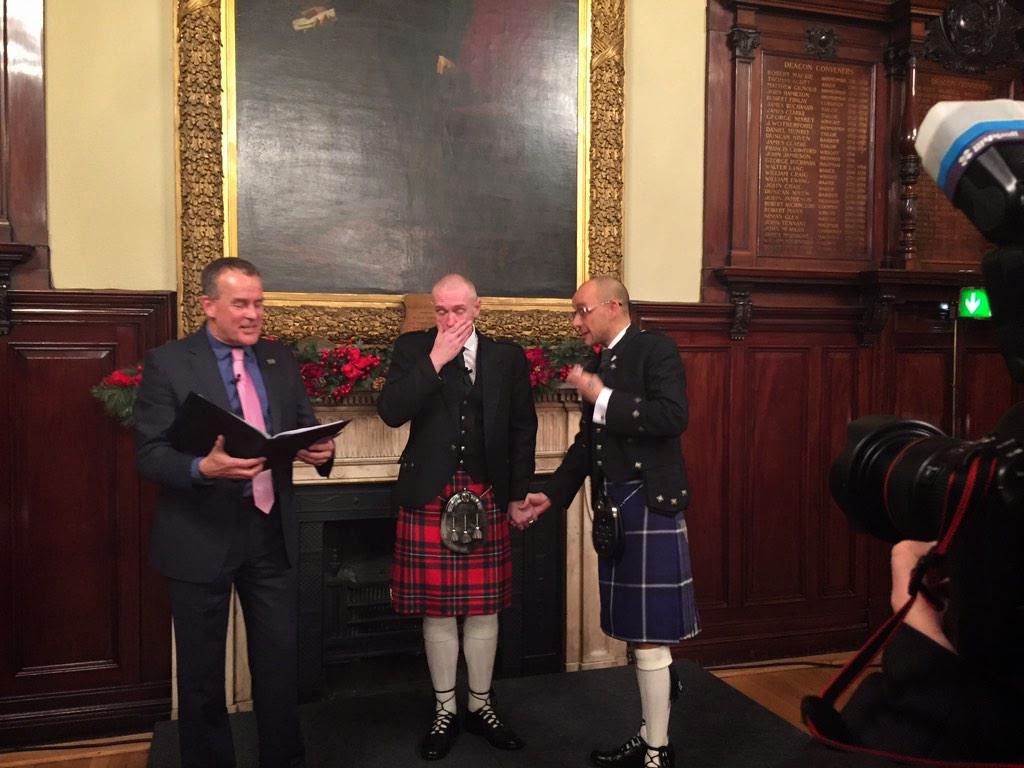 Joe and Malx can be husband and husband finally