Omaha: the greater support for equal marriage in all state 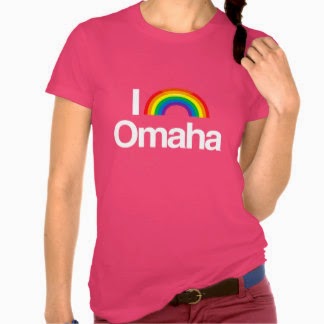 According to a World-Herald statewide poll, support for same-sex marriage in Nebraska’s largest city is at an all-time high.
Compared to the rest of the Nebraska, Omaha remains disproportionately supportive of LGBT equality. While 46% of Omaha residents reported being in favor of legislation that would mandate marriage equality, only 34% of Nebraskans overall reported support to such a law.
It also comes as Nebraska finds itself in a shrinking minority of states, 15 in all, where gay marriage bans are still in place or where they have survived legal challenges. Opposition to gay marriage is still strong across the state, but especially in rural areas, where voter turnout is traditionally high.
Nebraska voters passed the 2000 ban with 70 percent support. It was later challenged in federal court, but the ban was upheld by the 8th U.S. Circuit Court of Appeals.
Supporters of same-sex marriage prepare to challenge the state’s gay-marriage ban in court. The ACLU of Nebraska and others filed a lawsuit in federal court last month, arguing that the 2000 ban violates the constitutional rights of gay people to marry. 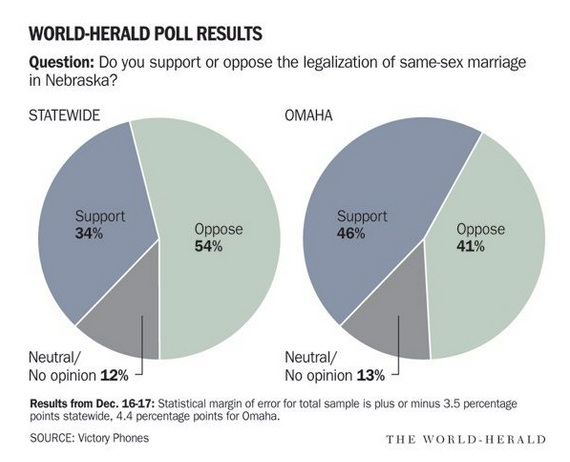 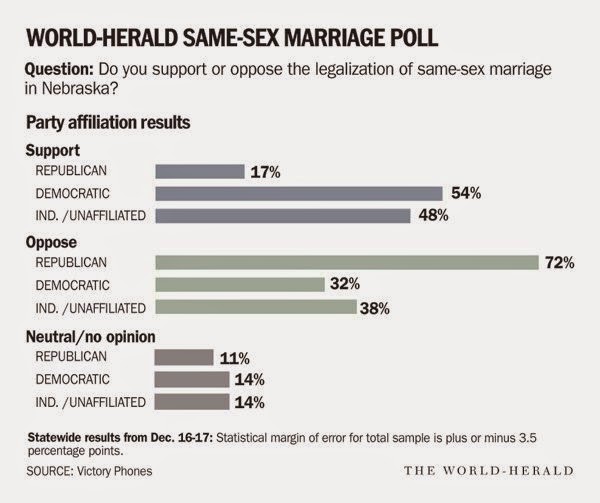