The mass kiss protest took place in Madrid after a Burger King security guard asked a young gay couple to leave the restaurant for kissing, because a married man, who was eating there with his children, had complained that they were bothering him. Despite other diners urging them not to leave, the couple finally left, angry and hurt.

The restaurant manager said that the chain supports diversity and in no instance would support any homophobic behaviour by a member of its staff. He claimed that the security guard had acted without his permission and encouraged the young couple to return to the burger restaurant so he could apologize in person.

But according to some LGTB activist groups, what happened in the Plaza de los Cubos was not an isolated incident. Homophobic assaults, both physical and verbal, have risen in recent years, and collectives from the gay community are demanding a specific law to regional government, similar to one recently approved in Catalonia, which includes fines of up to €140,000 to homophobic behaviours.

No one step back! 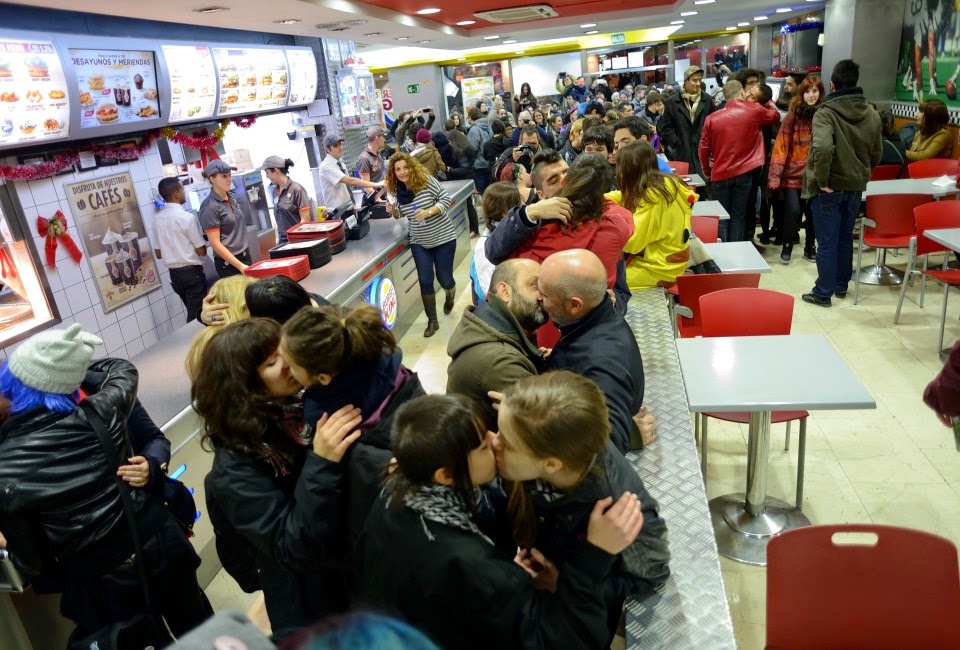 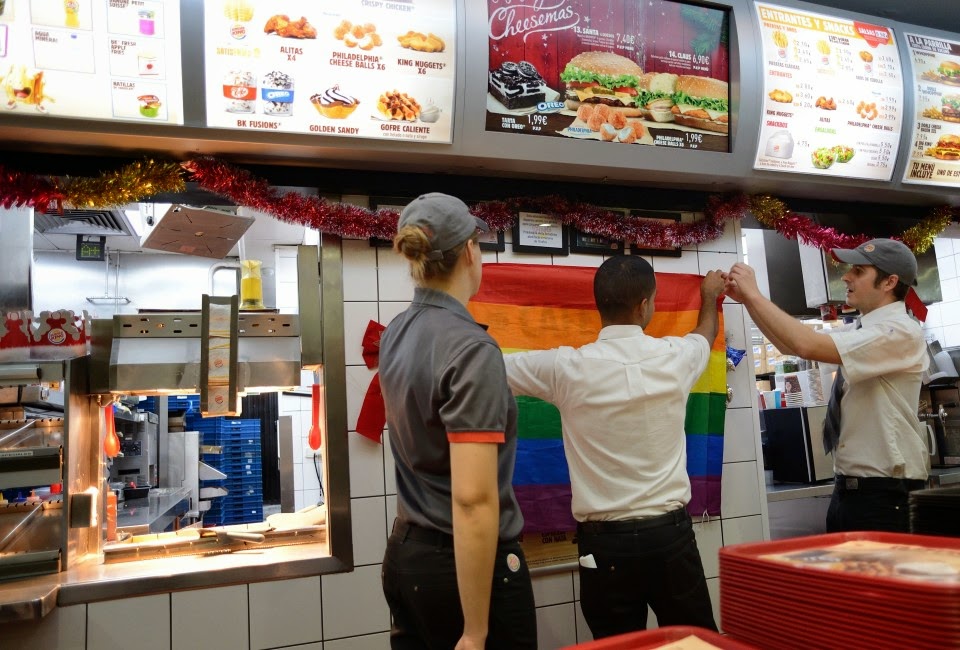 Burger King staff showed their support to the protesters