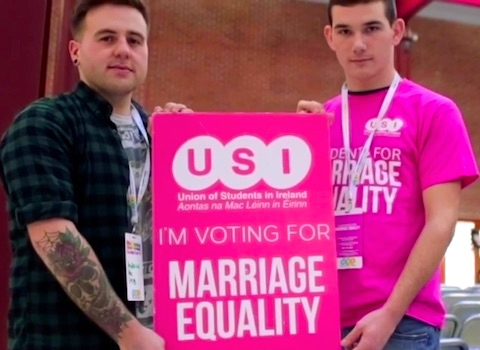 With a referendum on same-sex marriage due in May, the Union of Students in Ireland (USI) yesterday launched a campaign for a Yes vote.

The USI has had a unanimous mandate to campaign for marriage equality since 2012. A poll notes that over 90% of students are in favor of marriage equality, compared with 79% of the Irish population as a whole.

"It is clear that students want to live in a more inclusive and egalitarian society. Access to marriage equality is a crucial part of this. USI has registered over 20,000 students to vote, and we plan to add to this number over the coming months. We know students are excited by the referendum and anxious to have their voices heard on the issue of marriage equality in Ireland", she added.