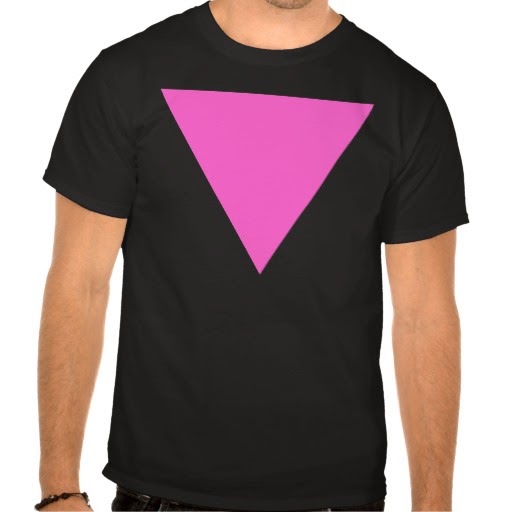 Each 27 January, Holocaust Memorial Day events were staged around in globe, in remembrance of victims of the Nazi persecution. 11 million people killed during the Holocaust, most of them Jews but also Christians, Jehovah´s witnesses, Roma and other ethnic and religion groups.

During the Nazi period up to 100,000 gay men and women also were persecuted and imprisoned for their sexuality under Paragraph 175 of the German Penal code. The Third Reich had no place for such 'deviants' and set out a systematic strategy to rid itself of this 'poison'. About 15,000 were sent to concentration camps where, forced to wear the 'pink triangle', as many as 60% lost their lives.

The pink triangle, or Rosa Winkel, was the most associated symbol for men held under § 175. Inmates were made to wear a large piece of pink cloth on the breast side of their clothes (as shown in the picture below) and a larger one across their backs. The pink triangle was made 2cm larger than any of the other identification triangle so that guards and other prisoners could clearly see when a homosexual prisoner was approaching.

Some homosexuals were also identified with a large black dot on the jacket sleeve or left chest area. On the back of the jacket was also marked a large '175', which would have been instantly recognisable.

Gays were treated with particular contempt not only the SS but also by many of the other inmates, who regarded them as degenerate perverts. Life in the camps was a solitary existence making it hard to survive mentally for any period of time. In the face of such hatred and degradation, it is no surprise that many committed suicide by running into electric perimeter fences rather than face ongoing persecution. 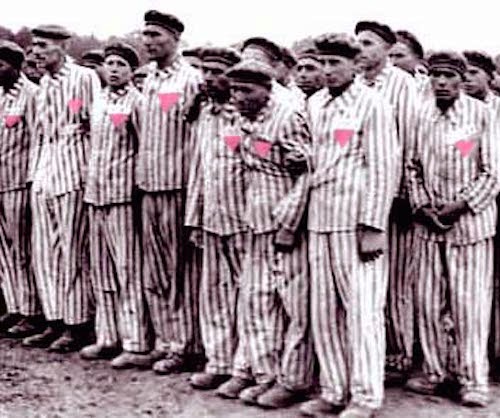 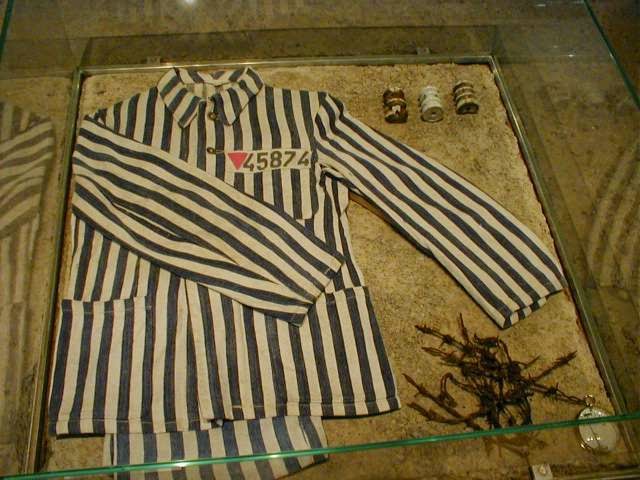 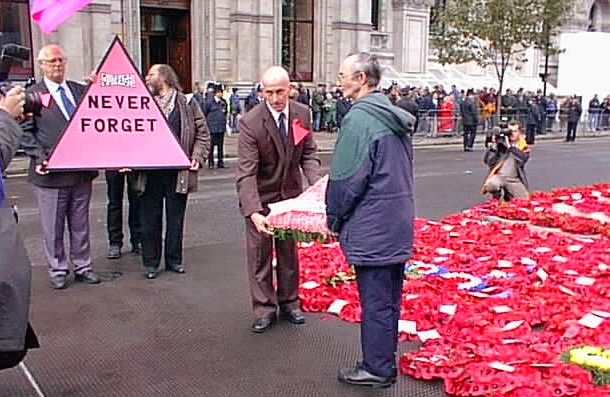