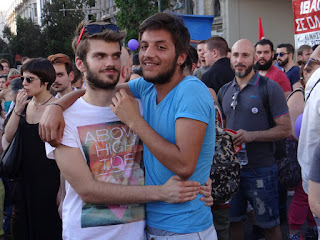 Greek same-sex couples began entering into civil unions on Monday after the legislation passed in December by the Greek Parliament came into effect.

The first civil union ceremony was conducted by Athens’ Mayor Giorgos Kaminis. He tweeted a photograph of himself signing the couple’s civil union certificate.

"As the first day that the law is being implemented, today is very important for civil rights in Greece and the country’s compliance to international reality", Kaminis said during the ceremony which was held in his office in Athens City Hall. 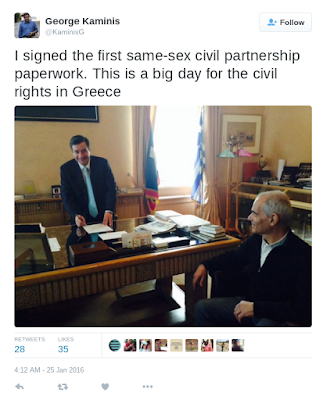