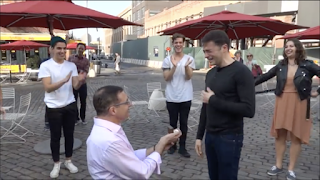 For months, Mark has been planning this flash mob proposal to the love of his life, Yuval.

To set the scene, it was a rare spring-like day in NYC. Mark and Yuval’s family made plans to go to brunch at Bubby’s Restaurant, near Gansevoort Plaza, in the Meatpacking District of Manhattan.

As Mark and Yuval arrived for their brunch, Yuval heard a familiar song playing. “That’s our song!” he said to Mark, unaware that the flashmob he began to witness was meant for him.

Even as he saw friends of his dancing in the streets, Yuval had no idea he was about to be proposed to. When the dancers pulled Mark into their performance, Yuval finally understood what was happening.

It was Mark´s marriage proposal. Awesome! 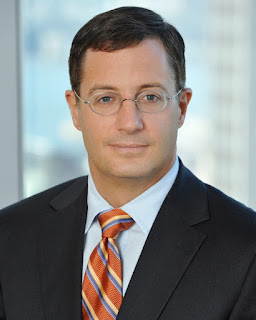 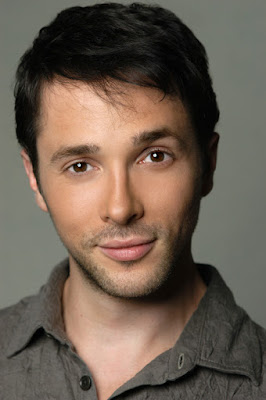 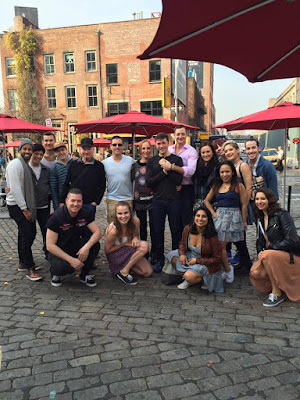 The couple with some friends and dancers