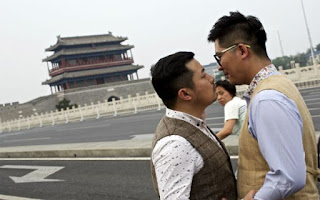 A court has accepted the first lawsuit to challenge China’s ban on same-sex marriage.
Filed by a gay man in Changsha, the lawsuit names a civil affairs bureau in the capital of the Hunan Province, for refusing to receive his marriage registration application.

The man applied for the marriage licence on 23 June at the civil affairs bureau in the Furong district. The couple had been together for one year.
However, the man says that officials at the bureau stated that only one man and one woman can register to marry, and refused to accept the registration.
The lawsuit is believed to be the first to challenge the lack of equal marriage in China.
We will see what will happen with this trial. 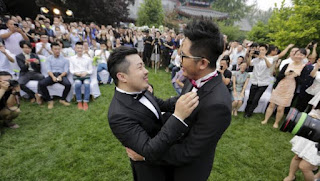 Although not recognised under Chinese law,
the gay couple celebrated their love for each other
by hosting the ceremony in front of friends and family