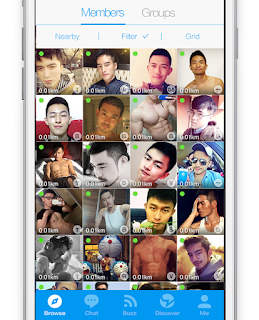 China’s homegrown hookup app Blued will be a stiff competitor to Grindr in the local market. One in every two gay men in China use the app according to the company, which was founded in 2012.
Blued announced the day after Grindr’s sale to a Chinese gaming company that users topped 22 million in 2015, with 10 million logging in every day, up from 15 million the previous year.
Nearly half of all users are 18-25 years old, and most of them are concentrated in economically developed, densely population and socially tolerant areas, on the east coast and metropolises such as Beijing, Shanghai, Guangzhou and Shenzhen.
Blued also rolled out internationally in 2015, and claims 5 million users in Southeast Asia, Taiwan and Europe.
Last week, Blued was named one of China’s 100 most promising startups of 2015 by Cyzone, having raised $30 million the previous year. 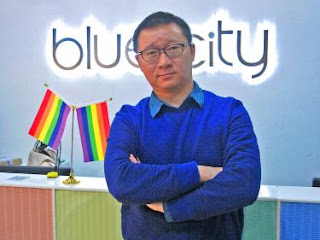 Geng Le, the founder of Blued