A gay couple has a surprise wedding in Hawaii 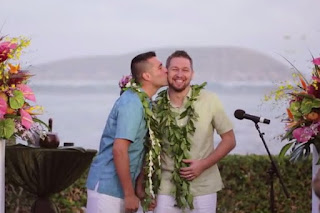 A gay military veteran couple, Christian Alarid, 24, and Shayne Barnes, 27, were thinking they were taking part in a photoshoot for a marketing campaign for the state of Hawaii.
But when the gay couple got there, organisers had organised a surprise wedding to them.

Alarid was the first to find out, and said to Barnes: “This isn’t a shoot… It’s the real thing. And today’s the day. Are you willing to marry me?”
Hawaii´s Authorities did something pretty special in a bid to attract more same-sex couples to marry there.
The Hawaii Supreme Court ruled in 1993 that banning same-sex couples from marrying was discriminatory. In any case, gay marriage was legalized in Hawaii two years ago. 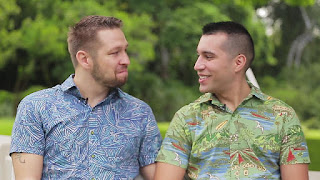