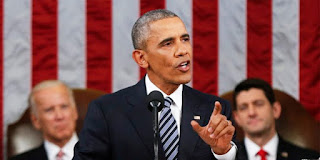 President Barack Obama's 2016 State of the Union address touched on the progress made on LGBT rights in the United States after the Supreme Court legalized gay marriage in 2015.
Obama's comments conclude a years-long span of State of the Union references to gay men and women, including the eventual repeal of "don't ask, don't tell" and on to the fight for marriage equality.
The president Obama's words:
"In fact, it’s that spirit that made the progress of these past seven years possible. It’s how we recovered from the worst economic crisis in generations. It’s how we reformed our health care system, and reinvented our energy sector; how we delivered more care and benefits to our troops and veterans, and how we secured the freedom in every state to marry the person we love."
"It won’t be easy. Our brand of democracy is hard. But I can promise that a year from now, when I no longer hold this office, I’ll be right there with you as a citizen -- inspired by those voices of fairness and vision, of grit and good humor and kindness that have helped America travel so far. Voices that help us see ourselves not first and foremost as black or white or Asian or Latino, not as gay or straight, immigrant or native born; not as Democrats or Republicans, but as Americans first, bound by a common creed."
"It’s the son who finds the courage to come out as who he is, and the father whose love for that son overrides everything he’s been taught." 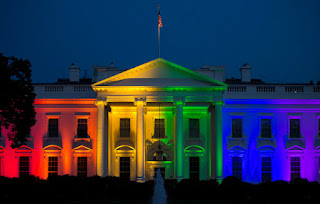 Obama's Administration has been the first ally of gay americans