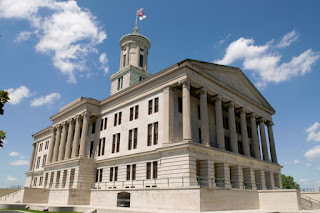 A controversial bill that would have nullified the US Supreme Court’s landmark ruling on gay marriage in Tennessee was rejected in the committee stage.
The state house’s civil justice subcommittee voted 4-1 against the Tennessee Natural Marriage Defense Act, sponsored by Republican Rep Mark Pody, who said God told him to file the bill because gay marriage was ‘wicked’.
Six counties passed resolutions in support of the measure bill and 80% of voters approved a similar amendment to the state constitution in 2006.
This is the first vote this year on the nearly 100 anti-LGBT bills being considered across 24 states.
Good news from Tennessee. 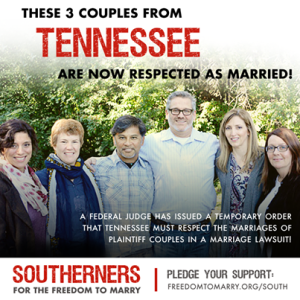