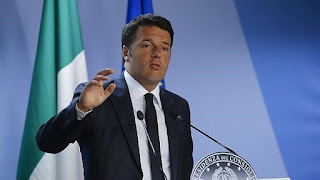 Prime Minister of Italy, Matteo Renzi, has complained that the country does not have legislation on homosexual unions and expressed confidence that the law could be approved soon. This law is one of the priorities for Renzi in 2016.
"We are the only country in Europe without a law on civil unions and we want to remedy the delay. The true is in a few weeks we will finally approve a long-awaited law for decades", said Renzi.
"I hope the debate in the coming days focuses on the real issues and does not become an ideological battle. The matter is not simple and, although on many points the agreement seems solid,  there is still a wide gap in some issues", he added.
Not only the conservative sectors oppose the law, Renzi will face its ally in government, the new center-right, and the opposition of the Catholic wing of his party, contrary to some aspects of this bill, such as allowing a member of a gay couple to adopt the child of his spouse.
Last July, the European Court of Human Rights condemned Italy for discriminating against LGBT people by not recognizing same-sex relationships, and urged the country to legalize civil unions between same-sex couples.
Rome and several major Italian cities and regions have already established civil union registries, but they only have symbolic value and are not legally binding. 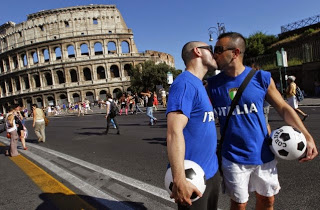