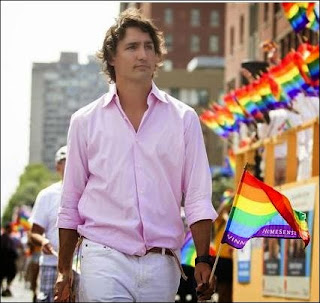 Pride Toronto’s 2016 Parade will make history, with Justin Trudeau participating as Canada’s first ever Prime Minister to march, alongside leadership from both Toronto’s municipal and Ontario’s provincial governments.

The city’s most vibrant and inclusive festival and North America’s largest Pride celebration, unveiled today its 2016 Pride Month theme: “YOU CAN SIT WITH US”.

To celebrate the power and beauty of its diverse community, Pride Toronto held an open photo shoot for community members, artists and city leaders to show their Pride.

The event was met with an overwhelming response, enabling the campaign to showcase over 300 community members of all ages, sexual orientations and ethnicities. Noted personalities in the campaign also include: Ministers of Canadian parliament, Toronto City Councillors, Trans activists, the Toronto Chief of Police, DJs, artists and performers. 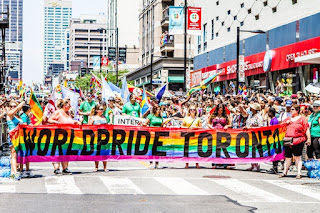 Pride Toronto is the largest parade in North America,
with over 100,000 participants