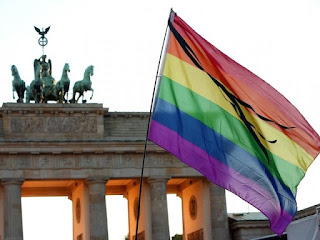 The German parliament, or Bundestag, has just passed a bill legalizing same-sex marriages, in a snap vote that made it onto the agenda before the summer break after opposition parties pushed for it and a surprise shift by Chancellor Angela Merkel.

The bill passed by 393 to 226, with four abstentions. Merkel herself voted against the bill, although it was comments from her that helped bring it about.

Germany’s approval of homosexual marriages adds it to the growing list of Western countries that allow such unions. Fourteen European countries have now made gay marriage legal, with the Netherlands leading the way in 2001.

Many people are celebrating in front of German parliament after the diputies voted on legalising same-sex marriage. 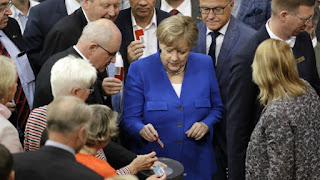 Chancellor Merkel voted against but she lost the vote