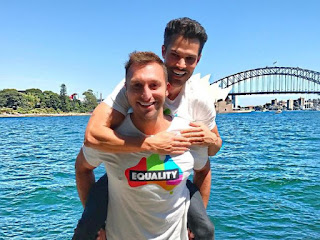 Some of the most well-known Australian celebrities encouraging Aussies to vote 'Yes' in the country's marriage equality survey.

Australia is in the final weeks of its national postal survey and some leading stars of film and television are joining together to encourage all Australians to "Vote Yes!" in this pivotal moment for LGBTQ equality.

While non-binding and voluntary, should the majority vote 'Yes', Prime Minister Malcolm Turnbull has said that he would introduce pro-marriage equality legislation to a free vote in Parliament.

Polls have shown that 63% of Australians support marriage equality.