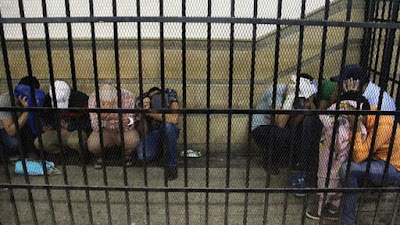 Fears of a homophobic purge have been confirmed in Egypt after dozens of arrests targeting the LGBT community.

A number of arrests were made in Egypt last month after a rainbow flag was waved at a concert by the Lebanese band Mashrou Leila, whose lead singer is openly gay.

However the incident has sparked a wider crackdown, and there have been reports that Egyptian authorities have begun actively targeting the gay community, implementing a harsh crackdown.

Amnesty International said today that Egyptian authorities have arrested 33 people over the past weeks, stepping up a campaign of persecution.

Though the crackdown has largely targeted gay men, one woman was detained by authorities on suspicion of “promoting sexual deviancy” and “habitual debauchery” for waving the rainbow flag.

The Egyptian government, by rounding people up based on their presumed sexual orientation, is showing flagrant disregard for their rights.

The gay purge in Egypt follows the same ones denounced in Chechnya and Azerbaijan.