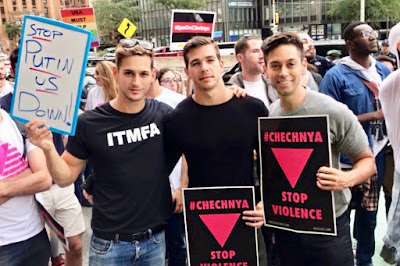 Voices 4 Chechnya and RusaLGBT leaded a march in New York City to protest persecution of LGBT people in the Russian region of Chechnya.

Hundreds of New Yorkers marched from the Stonewall National Monument, the birthplace of the modern gay liberation movement, to Trump Tower, demanding humanitarian visas for those who’ve escaped from Chechnya, and are now hiding in safe houses in mainland Russia,

An urgent action is needed: Trump's Administration and the Department of State must help LGBT Chechen survivors and must commit to grant public benefit paroles (aka humanitarian visas) to victims in the immediate danger, and to accept refugees and expedite refugee resettlement process.

Human Rights Watch reported that police in Chechnya are rounding up men believed to be gay, holding them in secret detention, and beating and humiliating them. Sometimes police forcibly “out” these men to their families, hinting that they should be taken care of in an “honor killing”. 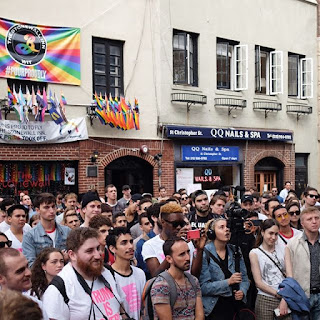 The march started at Stonewall Inn... 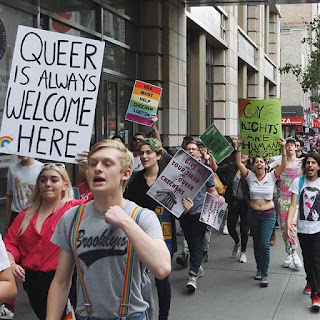 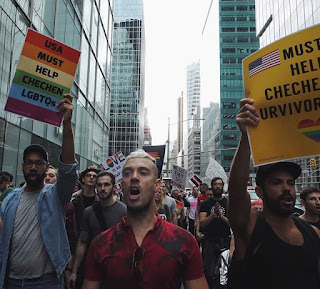 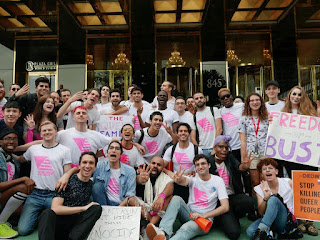 ... and finished in front of Trump Tower