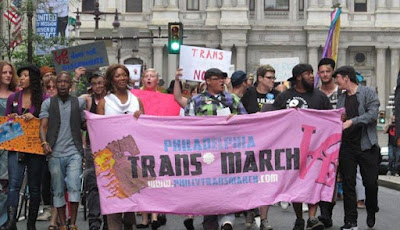 The March is not only a rally and demonstration, but also a revolutionary movement. Open to people of all gender identities, expressions, and experiences, Philly Trans March welcomes everyone towards equity and liberation.

It is an affirmation of beauty, strength, and diversity. Organized by members of Philly's Trans and Gender non-conforming communities and accomplices, this endeavor is committed to creating a safer, more inclusive environment for everyone.

Issues such as hate violence, specifically against trans women of color, and the lack of official concern, oppressive healthcare policies, media misgendering, financial and housing insecurity, police brutality, workplace policies and employment discrimination, and the lack of resources for youth and elders trans people, are just a few of the concerns being voiced upon in this year's March.

The March raises awareness, specially of violence against trans women of color. Marchers chanted: "I deserve equality now. I am somebody". Of course, they remembered that Donald Trump revoked protection for trans people at work or school and banned them from military. 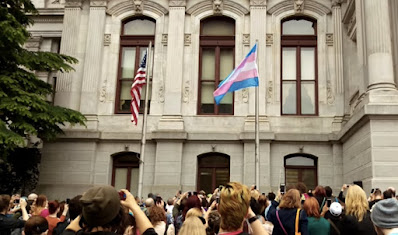