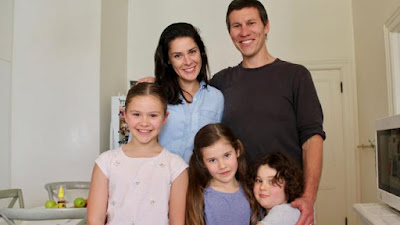 Meet the Bowmans, the quintessentially stereotypical suburban family. Mum runs a small business, Dad's a primary school teacher and they have three lovely kids aged between five and nine.

They're nice-looking, nice-mannered and they're whiter than a picket fence. The sort of people who are usually assembled to sell margarine or tissues with three-ply softness.

Except the Bowmans aren't actors, they're a real family. And they really are banal and beige. And that's what makes them so brilliant.

The Bowmans are the face of the latest Marriage Equality ad campaign, a TV commercial that dropped late this week to counter some of the crazier claims of the No camp and rein in the excesses of the Yes.

At a time when the Yes campaign is at serious risk of being derailed by random text messages and random headbutts, both of which coincided with a plunge in popular support, the pro-equality side is trying to take the debate back to ground they can win it on. And that would be, well, equality.