A majority of football fans would support LGBT players 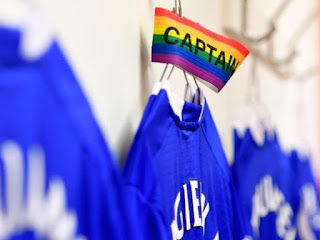 Over 50,000 football fans have taken part a survey exploring global attitudes towards gay and bisexual players.

Live score app Forza Football and LGBT charity Stonewall teamed up to conduct the largest ever study of its kind, and found some interesting results. The key finding was that 76% of football fans internationally would feel comfortable if a player in their national team came out as gay or bisexual.

That percentage climbs to 80% for British fans, but actually falls to 63% for American fans. However, it’s Irish and Icelandic football fans who would feel the most comfortable, with both at 87%. Unsurprisingly, Egypt, Saudi Arabia, and the UAE would feel the least comfortable, coming in at 10%, 11%, and 13% respectively.

With the World Cup taking place next year in Russia, the survey also asked fans if LGBT rights should be considered when FIFA are deciding on the host nation for the tournaments. 64% of fans globally think that FIFA should consider LGBT rights should be a factor in the decision-making process.

They are not bad results, but there is a long way to go. 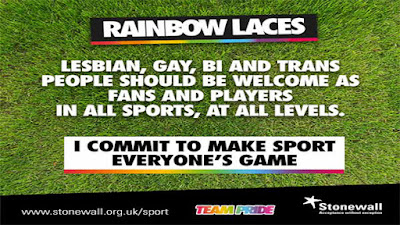