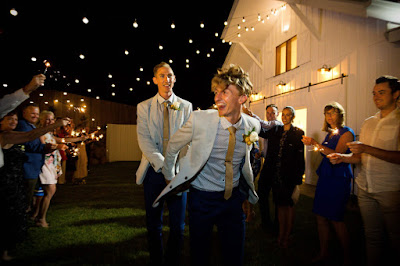 Same-sex couples married in midnight ceremonies across Australia on Tuesday after the country’s last legal impediment to gay marriage expired.

Marriage equality became law on Dec. 9 with overwhelming support in Parliament, after a nationwide postal survey found that 62 percent of respondents wanted marriage equality. But Australia’s requirement that all couples give a month’s notice for weddings made Tuesday the first possible date for gay marriages.

Although, the one-month waiting period was waived for some couples who wed in recent weeks. Those exceptional circumstances included a partner’s terminal illness and overseas-based relatives booking flights to Australia before the official start date for the new law was known.

Athletes Craig Burns and Luke Sullivan married at a midnight ceremony near the east coast city of Tweed Heads.

“It’s another way to show your love and appreciation of your partner in front of the people in your life,” said Burns, a 29-year-old sprinter who will compete in the Commonwealth Games in Australia’s Gold Coast in April.

Congrats to all newlyweds!!! 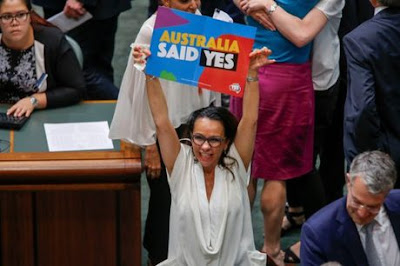