The head and tails of LGBT rights in 2017 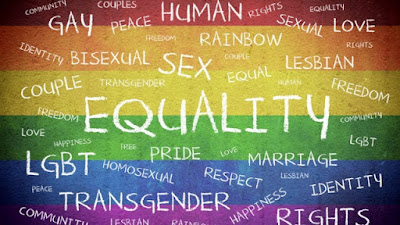 In one face of 2017, more marriage equality came into effect around the world. With Austria, the last country to legalise same-sex marriage in this year, there is a list of fellow countries, islands and an archipelago that have taken a step in the right direction of equality in last year.

But, there is other face in 2017, absolutely shameful and condemnable, the increase in persecution and purges against LGBT people in some countries around the world.

Chechnya,
Human rights monitors warned earlier 2017 that authorities in Chechnya, an autonomous region within Russia, had orchestrated a violent purge of the gay community, with concentration camps and systematic torture and murders of gay men.

Egypt,
Sources on the ground have repeatedly raised the alarm about Egypt’s so-called ‘Public Morality Investigation Unit’, which actively targets the gay community with raids and entrapment. The state has also banned all mention of LGBT rights or homosexuality in the local media, stifling reporting on the issue.

Indonesia,
Police have clamped down on the gay community in Indonesia in 2017, with more than a hundred arrested in raids on gay venues and establishments in Jakarta. It is technically legal to be gay in Indonesia apart from in the ultra-conservative Aceh province, which implements harsh punishments under Islamic law.

Tanzania,
In October Tanzanian police arrested 12 in Dar es Salaam for “promoting homosexuality” as part of an ongoing crackdown. The group, included several lawyers and a charity exec, who had been meeting at a hotel to discuss LGBT rights. A lesbian couple were also arrested after a video of a commitment ceremony went viral on social media. Tanzania’s law states that being gay is “against the order of nature” and anyone convicted could face life in prison.

Tajikistan,
Officials in Tajikistan have reportedly created a list of homosexual people in a move which has been called ‘Operation Purge’. They had drawn up a register of 367 gay and lesbian people, who they have intimated will be forced to undergo testing to avoid “the spread of sexually-transmitted diseases”. The central Asian country removed the prohibition on gay sex in 1998. However, the mainly Muslim country, which is officially secular, does not recognise same-sex couples or protect its LGBT people from discrimination.

Azerbaijan,
Reports emerged in September of a clampdown on the gay community in Azerbaijan. According to monitors, dozens of LGBT people have been detained, beaten and forced to give up friends to authorities. Some of those detained have reportedly had their heads shaved.

Turkey,
Violence is nothing new for the LGBT community in Turkey, but police responded with shocking levels of violence as activists attempted to hold Pride celebrations over the summer. In June, police in Istanbul fired tear gas and rubber bullets at LGBT activists who had been gathering in order to hold a Pride march. In Ankara, the capital of Turkey, a gay film festival was banned just days before it was scheduled, and finally banned all LGBT events, citing “public sensitivity”. ﻿

Belarus,
The reports out of Belarus are alarming, Police targeted legal businesses, violated the privacy of their patrons, demanded personal information, and dragged some away to detention.

In the rest of world,
Activists in Bangladesh, Uganda, Georgia and Nigeria have also warned about clampdowns against LGBT communities. The U.N. condemned anti-gay crackdowns in all of these countries but it is not enough.