Footballer fights homophobia in football and something happens 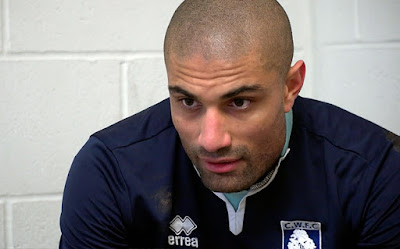 Richie Anderson is a BBC reporter and grassroots football player from the UK. He’s been working on a story about homophobia in his sport.

Anderson decided to come out to his teammates as part of his project. The guys knew he was working on a program about grassroots football. But they had no idea it was going to have a gay angle.

Anderson made the big reveal on match day after his team had just won a game 7-2. He asked his teammates to meet him in the locker room along with the camera crew.

“One of the big issues that we’ve looked this week,” he began before getting choked up. After taking a moment to collect himself, he continued, “Sorry. It’s really close to my heart–it’s homophobia in football. And the reason why that means a lot to me is I’m a gay footballer.”

“I just wanted to be open and honest because with you lot it’s just been class. This is really hard for me to do now.”

Much to his surprise, his teammates responded by breaking out into applause. Afterwards, he received lots of affirmations, handshakes, and pats on the back.