The gay-themed musical Bare will be a movie 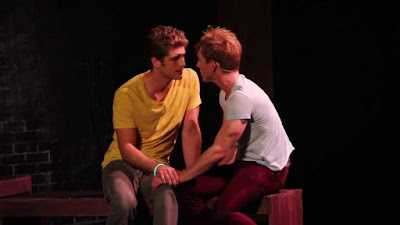 A big-screen adaptation of the gay-themed musical Bare: A Pop Opera is currently in the works.

The coming-of-age rock musical, written by Jon Hartmere, Jr. and the late Damon Intrabartolo, is about the struggles of two gay students at a Catholic boarding school.

Bare made its world premiere in 2000 in Los Angeles and then had a brief run off-Broadway in 2004. The show has since enjoyed more than 100 productions around the world, including an revised version that opened off-Broadway in 2012.

The musical “is a significant piece within the history of gay theatre,” according to the official film site. “With a community of both gay and straight people, it shows the ’bare’ humanity of the issues each individual faces, rather than sexuality being the forefront of their struggles.”

Original bare director Kristin Hanggi, a Tony nominee for Rock of Ages, has been tapped to direct the film version and has adapted the script for the screen.