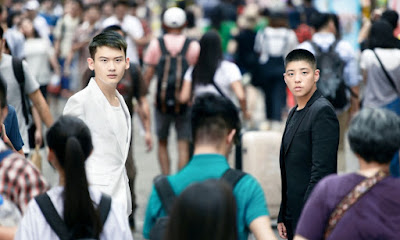 The show is a docu-series taking a look at the range of LGBT issues in Taiwan.

‘The goal of producing Queer Taiwan is to showcase the uniqueness of the interviewed individuals and the causes they represent,’ said GagaOOLala’s founder, Jay Lin. ‘Through this series we expect to elevate the overall visibility of the LGBT communities locally and internationally,’ he added.

The story is framed by the narratives of two prominent members of the LGBT community: Leo from the online platform FufuKnows and Jin Tai, the first openly gay Taiwanese singer. They’re tasked with interviewing key players behind each issue while giving voice to every side of the story.

Its first episode delves into the struggle for marriage equality on the island; directed by Liling Gan and produced by Jay Lin and Tiffany Tsai, it provides not so much a celebration of unity in the face of opposition, more a heartfelt attempt to find common ground.

The full first season will be available for free on GagaOOLala in Brunei, Cambodia, Indonesia, Laos, Malaysia, Myanmar, the Philippines, Singapore, Taiwan, Thailand and Vietnam.