A gay kiss, the best response to homophobic words 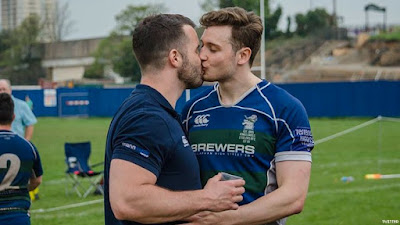 Rugby player Israel Folau caused quite the controversy when he said that gay people would end up in “hell” unless they “repent their sins and turn to God”, in a now-deleted Instagram comment.

While Rugby Australia could’ve punished him because the comments appeared to break their inclusion policy, they opted against it. But you better believe that didn’t stop LGBT people and allies from speaking out against his homophobic comments.

One of them was former bobsledder Simon Dunn, who just shared a photo of himself kissing his partner via Twitter after a gay-inclusive rugby club. He then re-shared the photo, tagging Israel in the caption, encouraging others to RT to raise awareness.

“Unfortunately the sporting world is still a place where kissing my partner after our team’s victory is still seen as an act of defiance or rebellion,” Simon told. “I’ve devoted my life to sport, and as an out and proud athlete I’ll continue to do what is natural for me, and hopefully break down stereotypes in the process,” he added. 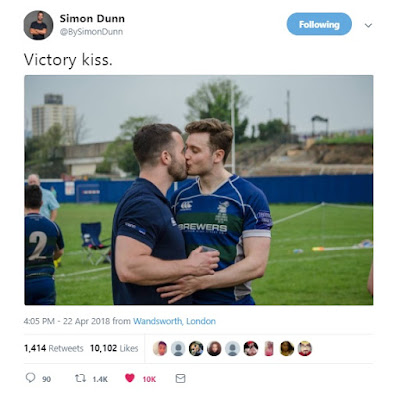