We are ready, and you?

Transsexual women claim access to the labor market without discrimination in Barcelona.

On the eve of May 1, Labor Day in Spain, the group of trans women has started a campaign to demand access to the labor market without suffering any discrimination, either by their sexual identity or by their physical appearance. The campaign asks: "We are ready, and you?"

The campaign wants to vindicate the labor capacities of trans women. That is why they have made a series of actions to claim their rights and denounce that they still suffer discrimination.

In one of them, the women distributed postcards to shops in the center of Barcelona claiming to be judged for their capabilities and not for how they look.

MedicosdelMundo.org supports this campaign and helps these women to fight against discrimination and get a decent work.

The initiative is accompanied by a report that analyzes the current situation of the group in Barcelona. Check it here. 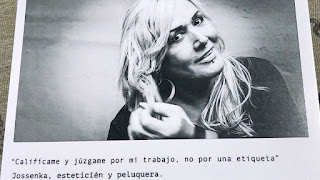 Watch the video of this campaign