10 years of Pride in Miami Beach 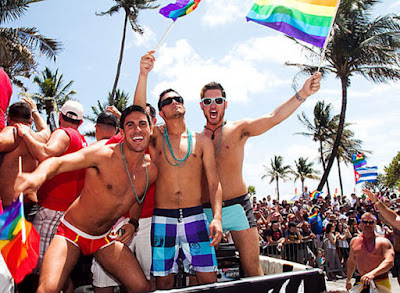 Miami has some of the best beaches in the world, so it makes perfect sense that the city’s celebration of LGBT life would be held right there, in front of the sea.

Miami Beach Gay Pride takes place April 2nd - 8th, 2018, and this year is very special because the event is entering its first decade of existence: indeed, the theme this year is ‘10 years of Pride’.

Since its inception in 2009, Miami Beach Gay Pride has grown from a neighborhood event to an event on the global stage  Attendance has grown as well. An estimated 15,000 spectators turned out for the first Pride parade in 2009; an estimated 135,000 attended the event in 2017.

In the current edition, Olympic silver medalist Gus Kenworthy, whose good-luck kiss with his boyfriend during the February games in PyeongChang was broadcast worldwide, will be celebrity grand marshal of the 10th annual Miami Beach Gay Pride parade on April 8.

And Pulse survivor Laura Vargas 'flips the switch' to illuminate buildings throughout Miami-Dade County in rainbow flag colors, paying tribute to the victims of Pulse nightclub and their families. 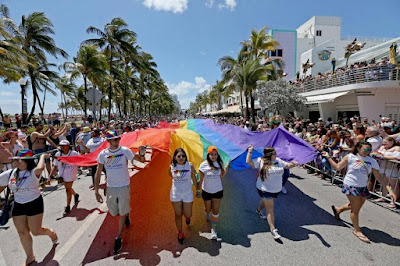 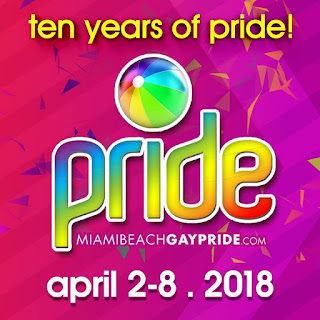