A pride on water in Amsterdam 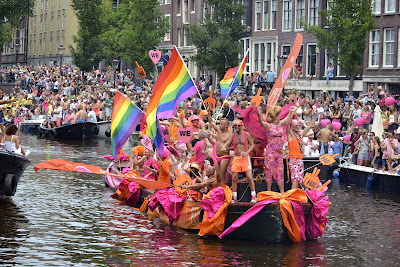 This year’s Pride Amsterdam week-long festival will kick off on 28 July, culminating in the annual Canal Parade on 4 August. More than 80 contingents will float down the canal, one of the most suggestive Pride locations in Europe.

The route will go from Oosterdok and along Nieuwe Herengracht, Amstel, and Prinsengracht, before finishing off in Westerdok. People are encouraged to watch the parade from smaller boats on the canal’s banks. The myriads of bridges along the route will also make great observation points.

With the traditional boat parade this year, Pride Amsterdam will pay particular attention to human rights. Amnesty International, Greenpeace and the College of Human Rights will have their own barges, to name but a few. These organizations were proclaimed this year’s Pearls of the Parade.

Locations aside, Pride Amsterdam 2018 will include a festival worth checking out. A cabaret night, a Youth Pride Park and a special photo exhibition celebrating the tenth anniversary of Amsterdam’s most famous fetish club ChUrch are among the most anticipated events. Locals and tourists will also have the chance to join a self-defense class and several talks. 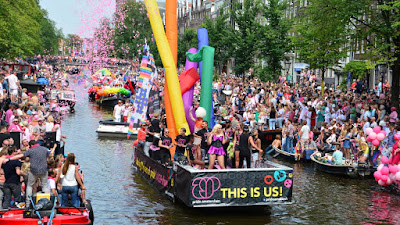