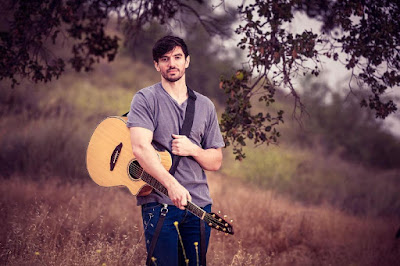 Steve Grand’s debut single All-American Boy has become something of a gay Fourth of July anthem. But the years since its 2013 release haven’t been easy the talented singer-songwriter. The first rush of notoriety that accompanied the song hit Steve hard.

The video for the track went viral, and with that success came a label Steve hadn’t anticipated. Headlines across the Internet touted him as “America’s first openly gay country star.” He struggled publicly with the disproportionate attention he got in LGBT media for his heartthrob looks and sculpted physique.

He found himself on what seemed like a slippery slope toward alcoholism, and so, a few years ago he quit drinking. He dealt with a significant break-up and the loss of close family members.

All of those struggles went into the making of his new album, Not the End of Me. There are many things to like about Steve’s new album. His lyrics are wonderfully conversational and he’s an excellent storyteller. His songs have a refreshing quality, and there is something almost irresistible and believable about his music.

Currently prepping for his summer residency at Provincetown’s Art House, at the moment, he’s all about moving forward. Thanks Steve!!!

Enjoy the clip don't let the light in below: