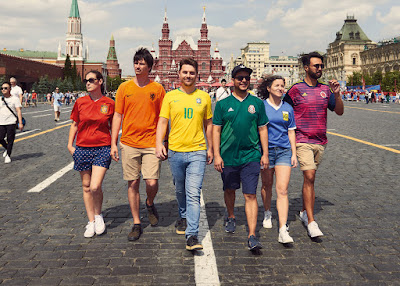 When Gilbert Baker designed the rainbow flag in 1978, he did so to create a symbol and an icon for the LGTB community. A symbol, recognisable across the world, that people could use to express their pride.

Unfortunately, 40 years later, there are still countries in which homosexuality is persecuted, sometimes even by jail sentences, and in which the rainbow flag is forbidden. Russia is one of these countries.

Six activists have taken to the streets of Moscow sporting their national football shirts in protest of Russian anti-LGBT discrimination.

The project is named The Hidden Flag. The group combined the colors of their football shirts to form the rainbow flag, and creatively subvert laws banning LGBT ‘propaganda’.

Spain (red), The Netherlands (orange), Brazil (yellow), Mexico (green), Argentina (blue) and Colombia (violet). Six countries. Six brave LGBT activists, that together, form the flag that toured around iconic sites in Russia, traveling to every corner to fight against a struggle that will never be silenced.

The Hidden Flag has so far been photographed in as many places around Moscow as possible. Several amusing pictures show them standing in formation next to bemused looking policeman. 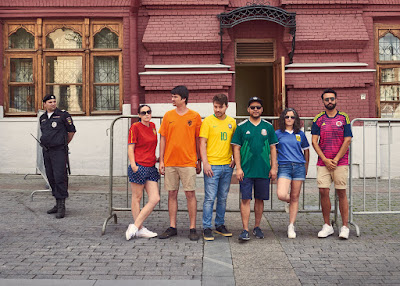