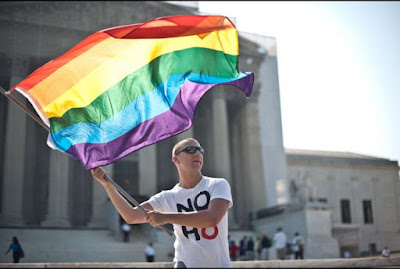 Part of Pride involves celebrating the diversity of all of the sexualities and gender identities we have within the LGBT community and that often includes a flag or two, though some people are known to accessorise slightly differently.

Some of these flags may not be familiar to everyone, so take a look at all of the diverse flags you might see at Pride celebrations this summer. 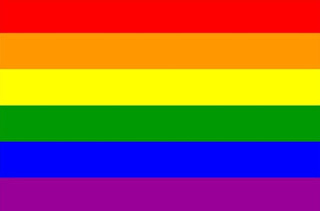 The rainbow flag is seen at Pride events all around the world and is often used as a collective symbol for the entire LGBT community. The original was designed by Gilbert Baker in 1977. According to Baker, pink is for sex, red for life, orange for healing, yellow for sun, green for nature, turquoise for magic, blue for serenity and purple for the spirit. 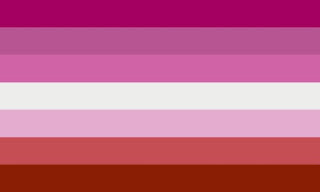 The lesbian flag celebrates the L in the LGBT community with the beautiful hues of pink, though many lesbians opt for other symbols including the interlocking venus symbol, or the rainbow flag.

The bisexual pride flag was designed by Michael Page in 1998 in order to give bisexual people a wider sense of community and visibility. Page said that the message of the flag was the idea that the purple blends into both the blue and pink in the same way that bisexual people often blend unnoticed into both gay and straight communities. 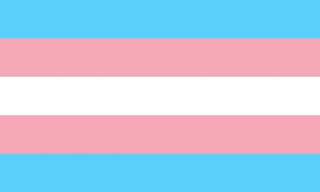 The transgender pride flag was created by Monica Helms, a navy veteran who came out as trans in 1987. The idea for the design came to her quickly, with the blue for trans men, the pink for trans women and the white stripe in the centre representing the non-binary community.

Designed by advocacy group Intersex Human Rights Australia in 2013, the intersex pride flag intentionally stays away from traditionally gendered colours of blue and pink to celebrate the intersex community. Explaining the meaning of the flag, the group states: “The circle is unbroken and unornamented, symbolizing wholeness and completeness, and our potentialities. We are still fighting for bodily autonomy and genital integrity, and this symbolizes the right to be who and how we want to be.”

The creator of the flag is unknown, but it began to be used on the internet in 2010 and has since become a frequent sight at Pride events all around the world. Pansexual people describe the flag as showing the attraction to men with the blue stripe, women with the pink and people of other genders with the yellow.

According to the Asexuality Archive, the flag was created by a member of the Asexuality Visibility and Education Network (AVEN) as part of a contest in 2010. As with many other flags, the four stripes each have their own specific meaning. The black stripe stands for asexuality, the grey stripe for grey-asexuality or demisexuality, the white for allies and the purple for the asexual community as a whole.

Polysexual is a term used for people who are attracted to two or more genders, but not necessarily all of them. The pink stripe is said to represent attraction to women, the blue attraction to men and the green as attraction to people of other genders. 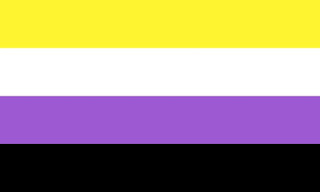 Non-binary is both a term to describe a gender identity that isn’t exclusively male or female, and an explicit identity label for many people. Created in 2014 by 17-year-old Kye Rowan, the four stripes of the flag each represent a different part of the non-binary community. The yellow stripe is for gender separate from the gender binary, white for those with multiple genders, the purple stripe is for those who are a mix of male and female, and black is for people without a gender at all. 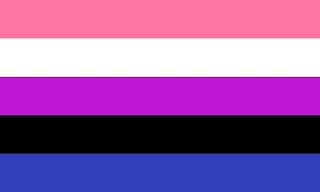 Genderfluid is the term for people who find that their gender identity can shift, and the identity is often included under the non-binary umbrella. The five stripes of the genderfluid pride flag each have their own meanings, with the pink and blue for femininity and masculinity, the purple stripe for both masculinity and femininity. The black stripe in the flag represents a lack of gender, and white is there for all genders. 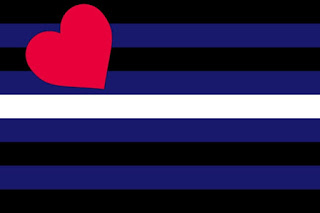 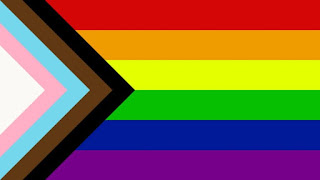 In 2018, a designer began a campaign to “re-boot” the Pride flag to make it more inclusive by adding a five-coloured chevron to represent queer people of colour as well as the trans community. Daniel Quasar, who identifies as queer and non-binary, recently made-over the six-coloured rainbow flag, saying they added a five-striped arrow to reflect all aspects of LGBT community.

Happy Pride in any case!!!