Istanbul Pride goes ahead despite ban 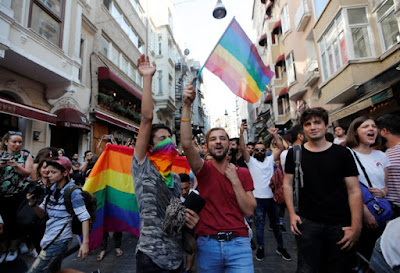 Despite being banned by the authorities and threats to arrest anyone “looking gay,” Istanbul Pride went ahead with a party of love and celebration before being broken up by police.

In a message posted to the Istanbul Pride Facebook page, the organisers said that again the event would happen, despite opposition.
﻿
“This march is organized in order to fight against the violence and discrimination fuelled by that governorship decision. We would like to inform the press and the public that we will go ahead with our prideful march with the same ambition as we had before.”

Finally, the parade went ahead with thousands taking to the streets of Istanbul in celebration.

Police harassed and arrested Pride marchers through the streets but organisers were determined to reach Taksim square, in order to read a press release about the event.

Istanbul Pride tweeted “Despite all the police intervention, we are reading our press release on the streets of Taksim. We’re still here!” 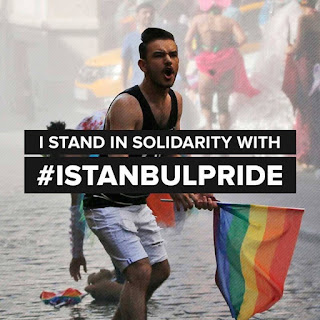