Australian scientists light up telescope in rainbow colors for Pride 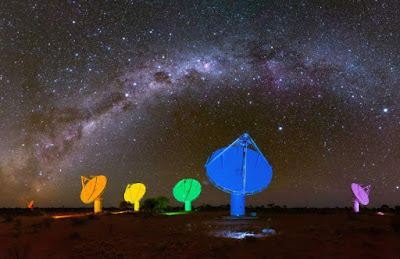 The ASKAP is the world’s fastest survey radio telescope. Its 36 antennas are located at the Murchison Radio-astronomy Observatory (MRO), approximately 800km north of Perth. Six of the 36 12-meter wide dish antennas had a rainbow makeover in time for Sydney Mardi Gras.

The location is ideal for listening to faint ‘whispers’ from space. Its low levels of radio-frequency interference and sophisticated on-site infrastructure are essential for exploring the origins of the universe.

50 CSIRO staff will also march in the parade on 2 March. They will be holding a giant double helix (DNA), celebrating the organization’s commitment to diversity.

"We really value the diversity of our people, and how they bring different perspectives to innovate and shape the future for everyone," Sarah Pearce said. Pearce is Deputy Director of CSIRO. She also is an ally of the LGBT community. 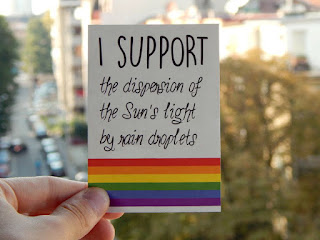