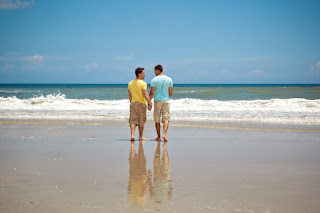 The friendliest countries for LGBT travellers are Canada, Portugal and Sweden, according to Spartacus Gay Travel Index 2019, a gay travel index released earlier this week. The index ranked 197 countries based on 14 criteria in three categories.

The first category consists of civil rights. Among other things, it assesses whether gays and lesbians are allowed to marry, whether anti-discrimination laws exist or whether the age of consent is the same for heterosexual and homosexual couples. Discrimination is included in the second category. These include, for example, travel restrictions for HIV-positive persons and the prohibition of Pride parades and other demonstrations. The third category includes threats to the person through persecution, imprisonment or death penalty.

However, the US failed to make the top 45, instead sharing 47th place. The index pointed to Donald Trump’s ‘attempts to curtail transgender rights in the military’ for the decline. It ranked with: Bermuda, Bosnia-Herzegovina, Chile, Costa Rica, Croatia, Cuba, Macao, Seychelles and Thailand.

Out of 197 countries ranked, Chechnya is bottom. The country is involved in ‘state-organized persecution and killings of homosexuals.’ Furthermore, rounding out the bottom five were: Somalia, Saudi Arabia, Iran and Yemen. 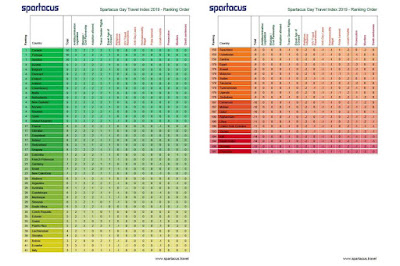