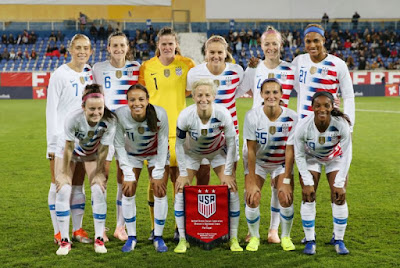 The suit names all 28 members of the team as plaintiffs and because they seek class-action status, any one who played since February 2015 to join the civil action. This comes just three months before the team’s title defense at the 2019 FIFA Women’s World Cup in France.

The lawsuit seeks an end to the USSF’s discriminatory practices, and financial damages in order to address the pay gap for USWNT players, as well as liquidated and punitive damages and all other appropriate relief

The players said: ”The USSF discriminates against plaintiffs, and the class that they seek to represent, by paying them less than members of the MNT [men’s national team] for substantially equal work and by denying them at least equal playing, training, and travel conditions; equal promotion of their games; equal support and development for their games; and other terms and conditions of employment equal to the MNT.”

”Despite gains achieved by the 2017 collective bargaining agreement between the USWNT players association and the USSF, the USSF’s ongoing policies and practices of systemic gender discrimination also extend beyond pay and into nearly every aspect of players’ work conditions. This includes playing, training, and travel conditions; promotion of games; staffing including coaching, medical personnel and training, and operations; support and development for games and other terms and conditions of employment that are less favorable for female players than their male counterparts," they added.

The U.S. National Soccer Team Players Association released a statement in support of the USWNT:

”The United States National Soccer Team Players Association fully supports the efforts of the U.S. Women’s National Team Players to achieve equal pay,” the statement said. “Specifically, we are committed to the concept of a revenue-sharing model to address the U.S. Soccer Federation’s ‘market realities’ and find a way towards fair compensation.

”An equal division of revenue attributable to the MNT and WNT programs is our primary pursuit as we engage with the US Soccer Federation in collective bargaining. Our collective bargaining agreement expired at the end of 2018 and we have already raised an equal division of attributable revenue. We wait on US Soccer to respond to both players associations with a way to move forward with fair and equal compensation for all US Soccer players." 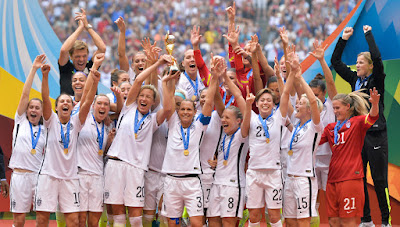