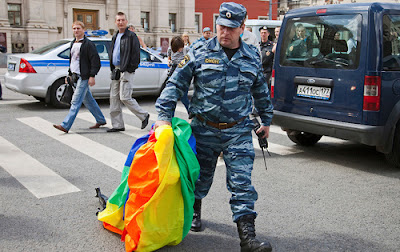 A youth festival in Russia has been shut down by authorities for breaching the country’s notorious “gay propaganda” law.

The event, which was called Tsvet Shafrana (The Colour of Saffron), was due to take place in Komsomolsk-on-Amur before it was called off.

The theatre festival was banned because of a planned staging of a play called Blue and Pink, which was set to explore gender stereotypes.

﻿Blue and Pink was one of just four youth theatre performances that was due to take place at the festival, where they were also set to explore issues around bullying in schools and war.

According to local Russian media, the festival was allegedly banned for “hatred against men and non-traditional family relations” and for “attempting to illegally hold an LGBT event.”

Police allegedly received three different anonymous letters complaining about the festival and its organiser, Yulia Tsvetkova. Following on from the complaints, police questioned her as well as teenagers who were involved in the production of the play.

Tsvetkova said that authorities had grown concerned over the use of the words “blue” and “pink” in the play’s title as they are seen to be related to the LGBT community.

A new shame from Russia! 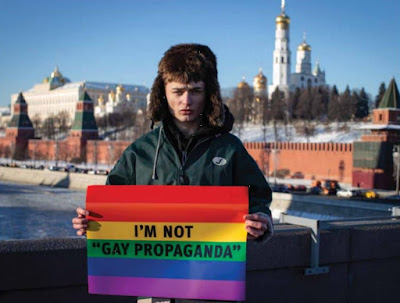 The "anti-gay propaganda" law was approved in 2013 by Putin