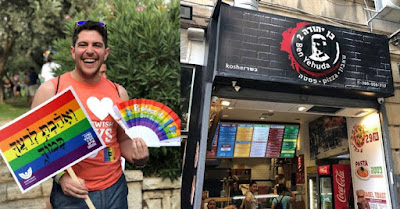 A gay student in Jerusalem won his lawsuit against a pizzeria who refused to serve him.

Sammy Kanter, currently studying at Hebrew Union College in Jersusalem, sued a local pizzeria in October 2018. He alleged they refused to serve him due to his sexuality.

Kanter was in the city a day after Jerusalem Pride in August. He was wearing a t-shirt with rainbow letters spelling out ‘Cincy’. The shirt was from his hometown of Cincinnati, Ohio.

He and some friends went into Ben Yehuda 2 pizzeria when the alleged discrimination took place. He wrote in a Facebook post: "Today, for the first time in my life, I was denied service at a pizza store for being who I am (in Jerusalem). I walked in with the shirt below, and the guy behind the counter said "Atah Homo (are you gay)?" I said yes. He said "out" and pointed at the door. My jaw dropped, and he instructed my classmates and I to leave."

A claims court judge found in favor of Kanter, and now the pizzeria needs to pay nearly $5,000 in damages to him.

Israel is considered the most progressive country in the Middle East regarding LGBT rights, though they still don’t legally allow things like same-sex marriage. 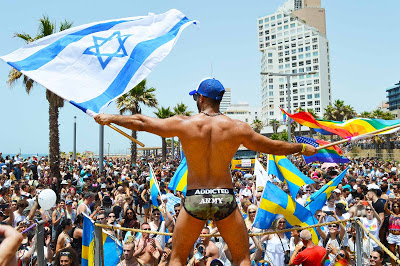