Trump is ready to ban and kick out trans troops 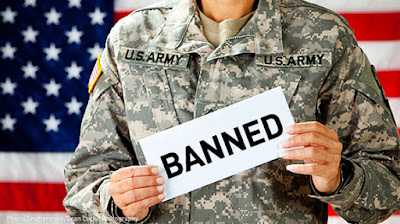 A memo from the Department of Defense outlining how the ban will be put into effect. Under its terms, the military will discharge or deny enlistment to anyone who won’t serve in the gender to which they were assigned at birth, or who are undergoing hormone therapy or other gender-confirmation procedures.

The order says the military services must implement the new policy in 30 days, by April 12, giving some individuals a short window of time to qualify for gender transition if needed.

Signed by David L. Norquist, who is serving as deputy defense secretary, the document appears to be largely in keeping with the memo prepared by then-Secretary of Defense James Mattis last year and approved by the White House. It says service members can be discharged due to a diagnosis of gender dysphoria if they are “unable or unwilling to adhere to all applicable standards, including the standards associated with his or her biological sex, or seeks transition to another gender.”

The Mattis memo came several months after Trump announced, via Twitter, his intention to bar transgender people from military service, reversing the Obama administration’s decision to allow trans people to serve openly. The Trump policy is the subject of four court challenges, and judges had issued injunctions in these lawsuits to block the policy from going into effect while the suits are heard. However, as of last week all these injunctions had been struck down by the U.S. Supreme Court.

Of course, LGBT rights groups and allies were quick to condemn the administration’s move.

Shame on you Trump!! 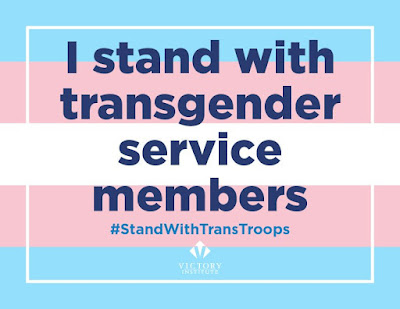